Cox’s Bazar, Bangladesh — Women and girls in Bangladesh are disproportionately affected by disasters and crises because the pre-existing gender inequality and discrimination they face in normal times make it harder for them to cope with and recover from crisis situations.

With this in mind, UN Women, the Asian Disaster Preparedness Centre and the Office of the United Nations High Commissioner for Refugees (UNHCR) recently jointly organized a training on “Gender in Humanitarian Action and Disaster Risk Reduction in Bangladesh” for 35 representatives from the national and local governments, local authorities, non-governmental organizations (NGOs), and United Nations agencies. 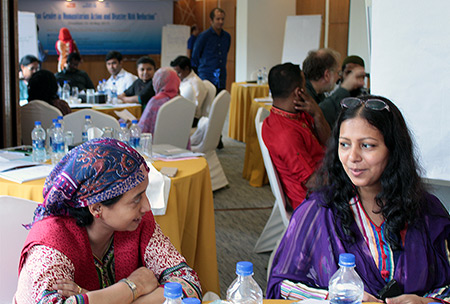 The training took place on 15-18 May in Cox’s Bazar, a coastal district where a cyclone later hit on May 30. The workshop focused on enhancing the understanding and providing gender tools for gender-responsive needs assessment, planning, programming and evaluation to people involved in humanitarian relief and disaster risk reduction, including the newly established Bangladesh Gender in Humanitarian Action Working Group led by the Government’s Department of Women Affairs and UN Women. 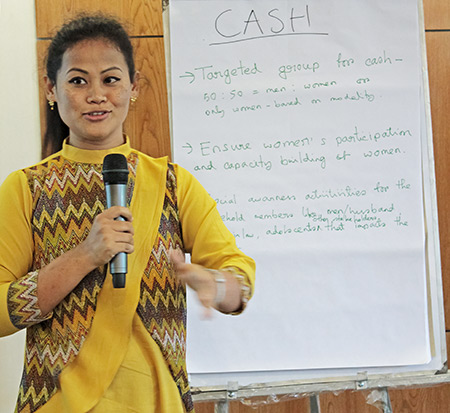 “I feel like a different person coming out of this training. Now I know how important gender equality is for humanitarian response and for my personal life,” said Mita Rani Roy Chowdhury of the international NGO Action contre la Faim (Action against Hunger). Mohammad Shaiful Islam and Mohammad Shamsu Douza, the government officials in charge of the Rohingya refugee camps in Kutupalong and Nayapara in Cox’s Bazar, said it was the first time they had received this type of training and welcomed more because of the importance of gender equality in their work. Muhammad Zahidur Rahim of the World Health Organization said: “I thought humanitarian action and DRR (disaster risk reduction) had nothing to do with gender equality. Now I understand its relevance, how it is integrated within legal and normative frameworks like the Sendai Framework for DRR, and have tools like the gender marker to promote it in my work.” 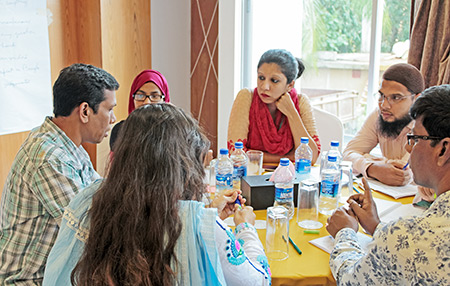 At the end of training, all the key partners committed to integrate gender equality in their work. They also recommended that UN Women and its partners further support these efforts in Cox’s Bazar, including by establishing a coordination and technical assistance team on gender in humanitarian action that would liaise with the national Gender in Humanitarian Action Working Group. 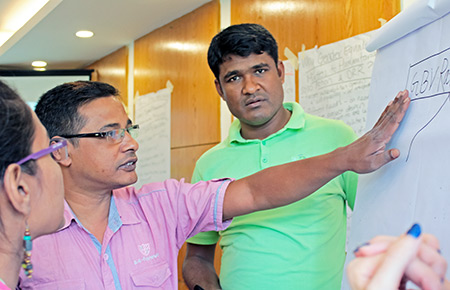 The Government of Bangladesh committed to promote gender equality and women’s empowerment as a central aspect of humanitarian action and disaster risk reduction through global and regional commitments such as the Sendai Framework, the World Humanitarian Summit, and the United Nations Sustainable Development Goals.

Related News
26/10/2020
COVID-19 pandemic increases risks for female Rohingya refugees in Bangladesh
24/09/2020
Support us in responding to humanitarian crises, female activists in Bangladesh say
18/09/2020
From Where I Stand: Working to Build Peace During the Pandemic
05/11/2019
The invisible issues in flood response
02/06/2017
UN Women is supporting Rohingya refugee women impacted by Cyclone Mora in Bangladesh
END_OF_DOCUMENT_TOKEN_TO_BE_REPLACED