ILO, UN Women and the OECD launch International Coalition to boost equal pay for women at work in Asia and the Pacific 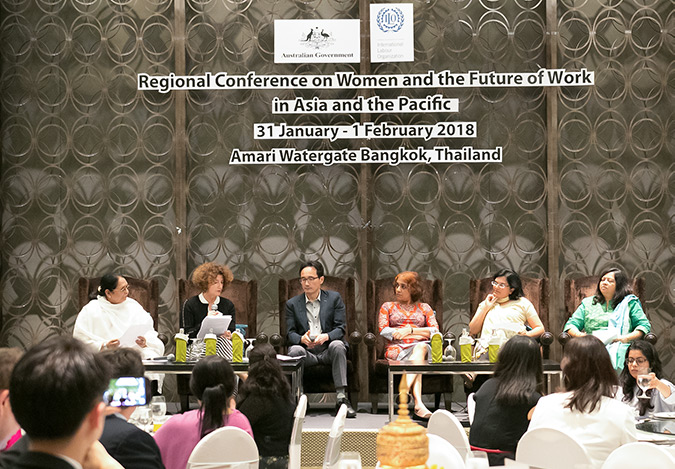 Convened by the International Labour Organization (ILO), UN Women and the OECD, a diverse set of actors will join forces across Asia and the Pacific at both the regional and national levels to support governments, employers and workers and their organizations, and other stakeholders, to make equal pay between women and men for work of equal value a reality.

During the regional launch, the Government of Korea announced it will join the initiative's global Steering committee.

EPIC was launched at the UN headquarters in New York last September. EPIC is a direct move to achieve the UN's Sustainable Development Goals (SDG), in particular Target 8.5 which calls for equal pay for work of equal value by 2030.

Peer-to-peer policy exchanges, knowledge sharing, peer-reviewed research and robust data and statistics will be priority areas as the Coalition moves forward. Employers and trade unions, as well as other key stakeholders, will have a central role in the application and rolling out of equal pay policies and solutions towards closing this gap.

"The principle of equal pay for work of equal value is entrenched in the ILO Constitution of 1919. Yet, gender pay gaps are a stubborn reality, at almost 20 per-cent on average across sectors in the region," says Tomoko Nishimoto, Assistant Director-General of the ILO, Regional Director for Asia and the Pacific. "And this is only the tip of the iceberg. We see it in every labour market indicator: female workers are more frequently in vulnerable and informal jobs than male workers; more frequently without access to social protection benefits. While an overall gender equality policy is essential for promoting equal pay, gender equality cannot be achieved without equal pay for work of equal value. This is why it is a focus area of the ILO's Women at Work Centenary Initiative."

Miwa Kato, UN Women Regional Director for Asia and the Pacific, says that "While the region has made significant progress with respect to gender parity in education, this has not translated into women enjoying equal economic opportunities. Women in formal jobs earn only half of the amount men do. Even after taking into account differences such as experience, training, health and education between men and women, industry types, occupations and locations, this gender pay gap has remained 'unexplained'. These unknown differences often reflect embedded social norms, practices, gender stereotypes and discrimination against women in the workplace. Addressing equal pay for work of equal value also requires empowerment of women to organize and raise their voices in the larger social context." 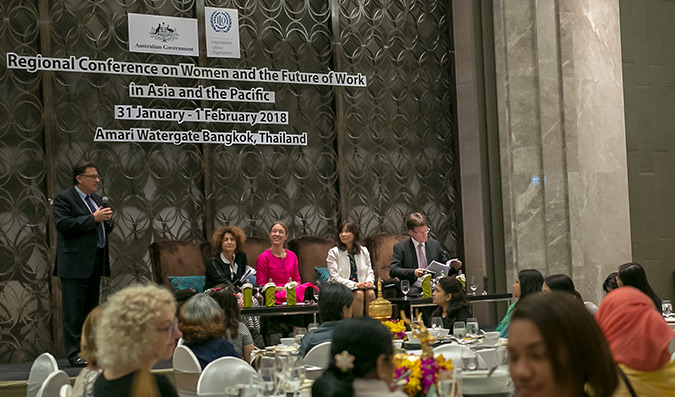 A recent ILO-Gallup report, based on a representative survey of 142 countries, shows that women and men alike want women to be in paid jobs, but there remain a range of challenges for women at work, including unequal pay, balancing work and family responsibilities, lack of access to affordable care and unfair treatment. The innovative work of the newly created EPIC will contribute significantly to challenging some of the main assumptions reinforcing unequal pay, which were also highlighted by the High-Level Panel and the ILO-Gallup report.

Across G20 and OECD countries median monthly earnings for women are on average 17 per cent below those of men; gender pay gaps are even higher in Japan (25 per cent) and Korea (37 per cent). Differences in hiring, career progression and opportunities in the labour market contribute to the gender pay gaps. A smart mix of legal provisions, fair workplace practices and public awareness is crucial in tackling the gender pay gap. Working with EPIC we aim to succeed in delivering gender equality in pay" said Angel Gurría, Secretary-General of the Organization of Economic Cooperation and Development (OECD), represented at the launch and conference by Ms. Murakami, head of the OECD Tokyo office.