Leadership project to build on women’s representation in Samoa

Samoa — A new leadership project is launching in Samoa on Wednesday, April 4th, aiming to build on advances in gender equality. 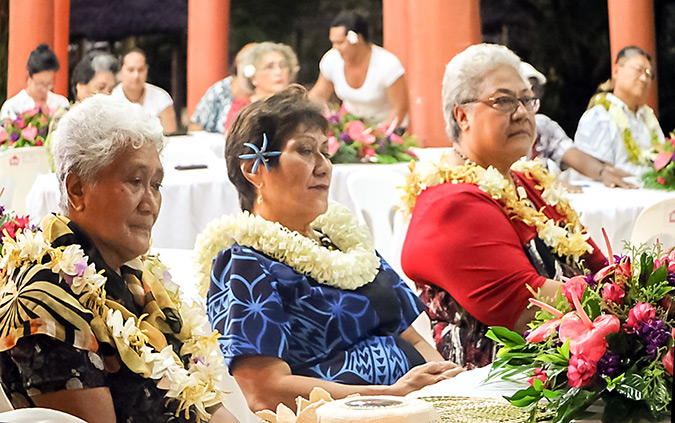 Samoa has made significant advances in development and in promoting gender equality. Women now hold five of the 50 seats in the national parliament – equating to the 10 per cent required as a result of the 2013 constitutional amendment. Furthermore, in the 2016 general election a record of 24 women stood for election, which was a 300% increase from the previous election.

Building on the lessons learnt from the IPPWS Project, WILS aims to strengthen opportunities for more inclusive and effective participation of women in all forms of leadership and share knowledge of Samoa’s experience in promoting women’s political participation.

The WILS project is a joint initiative between UN Women and UNDP, in partnership with the Government of Samoa and the Australian Government and with support from local partner organisations.

Dr Simona Marinescu, UN Resident Coordinator, stated ““Equal societies grow faster and are more cohesive, fostering peace and opportunities for all. The United Nations in Samoa and across the Pacific region will continue to invest in rights-based, inclusive development. With the great support of the Australian Government, UNDP and UN Women will join efforts with the Government of Samoa to provide a conducive environment for women to unleash their potential to lead and contribute to the country’s advancement.”

Australia’s Ambassador for Women and Girls, Dr Sharman Stone will give the keynote address at the launch and reminds that “The Australian Government is a committed to promoting the empowerment of women and girls, particularly in the Pacific region.

“Gender equality is central to economic, political and human development and Australia will continue to work closely with its partners in Samoa and the Pacific region to advance the rights of women and girls through projects such as WILS.”

The WILS project will partner closely with the Government of Samoa to support culturally sensitive implementation that includes women at all levels, from community based organizations to high level female representation in public and private sectors.

The Honorable Deputy Prime Minister Fiame Naomi Mata’afa stated "The Samoan Government welcomes this initiative as it is aligned to the National Policy for Gender Equality 2016 – 2020 being implemented by the Ministry of Women, Community and Social Development.

Despite advances, there remain enduring systemic and practical barriers that prevent women from engaging in political leadership. Barriers include limited pathways into political leadership; perceptions about women’s roles; financial constraints; gaps in civic education and awareness; and the need for broader support for inclusivity. WILS aims to address these challenges and support increased representation of women in all levels of leadership.

A key lesson from the project’s first phase was that increasing female representation in leadership roles requires sustained and long-term investment and support.

“By continuing to build on the established partnerships and networks with community groups, civil society organisations, media and other organisations, we can help ensure women have the tools and opportunities needed to take on leadership roles in their communities and at the national level,” said Mr Burniat.