When Tranh Thi Gam first started her biogas digester business, she raised many eyebrows. In the little district of Ung Hoa, located south of Viet Nam’s capital, Hanoi, villagers were not accustomed to seeing a woman take the reins of a business. But eight years later, Tranh Thi Gam has achieved not only financial success, but has played a role in a larger fight in Viet Nam against the devastating impacts of climate change. 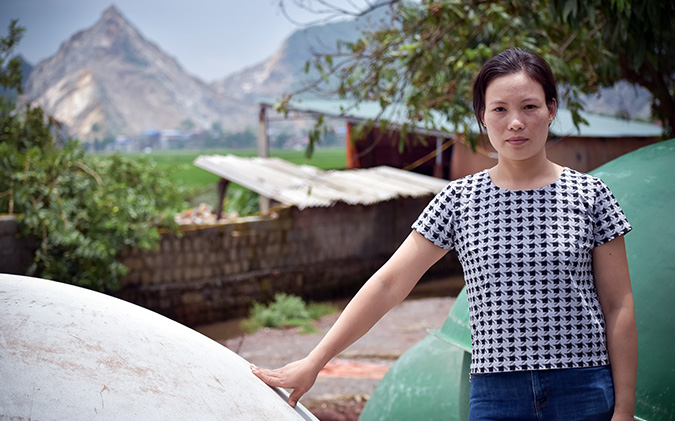 Ung Hoa is a lush pastoral paradise, where pig farms are a popular feature in most households. Waste from the pigs, usually faeces and urine, can be converted into combustible methane gas with a biogas digester. That gas can be used as energy for cooking and household needs. Tranh was initially involved in installing these digesters in homes but has since expanded her skillset.

On an average day, she is busy convincing potential customers of the benefits of a digester. Once households are on board, she negotiates a price and payment schedule, assesses the feasibility and size of the biogas plant, carts the required material to the house and, together with her team, installs the biogas plant.

With eight people in her employ, Tranh has now installed about 3,000 biogas plants across seven districts. 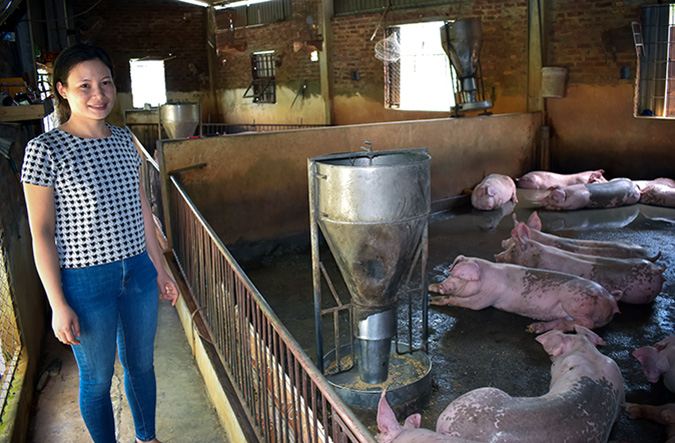 Tranh’s business is vital for driving greater public and political support for climate change mitigation in Viet Nam. With 3,444 km of coastline, the country is highly vulnerable to climate-related calamities. In June 2018, heavy rains, flash floods and landslides devastated the northern highlands, claiming the lives of 14, destroying over 736 hectares of crops and causing economic losses of over 160 billion Vietnamese dong (USD 6.9 million). Rising sea levels are eroding and inundating the coasts around the southern Mekong river delta, salting the earth and the water supply.

Since 2011, the Government has invested 1.86 trillion Vietnamese dong (USD 80 million) to adapt to climate change. But without engaging women and marginalized groups, this investment can only go so far.

UN Environment and UN Women are bringing together civil society and policymakers from the Ministries of Agriculture and Rural Development, Natural Resources and Environment, Planning and Investment, the Viet Nam Disaster Management Authority and Viet Nam Women’s Union to understand the situation and come up with solutions.

Le Quang Tuan, Deputy Director of the Science, Technology and International Cooperation Department of the Viet Nam Disaster Management Authority says, "With the law on disaster management, the strategy for climate change, the targeted programme for rural areas and the law on gender equality, we have an entire system of legal provisions that are gender-sensitive. But these are all on paper, not really in our actions. We need to increase the effectiveness our work when it comes to this. We lack guidelines and tools to measure progress."

There is a yawning gap between climate information and community access to it. In most cases at the grassroots level, men are the first to hear and share climate-related information and this influences how differently men and women can prepare for climate change and disasters.

Many stereotypes also persist that hold women back from fully engaging in climate change adaptation and mitigation. Too often, women are viewed as incapable in business, unable to handle new technologies or unsuited to responsibilities outside domestic duties.

Nguyen Ha, from GreenID, a Vietnamese non-profit organization working on sustainable energy opines, "Viet Nam has a lot of potential to use renewable energy because it has many opportunities for solar and wind, biomass and biogas. When you apply renewable energy, it can bring more income for the women. When they become technically trained, they can contribute to reducing emissions. But women have a lot of work in the household and it’s important for the husband and the family to share the household work."

Entrepreneurs like Tranh Thi Gam also see the potential in expanding the market for renewable energy in Viet Nam. The Government is stepping up its support for biogas energy-based solutions. Recently, the Ministry of Agriculture and Rural Development announced that they were issuing one million carbon credits from household biogas structures by 2020.

UN Environment and UN Women are preparing to implement the EmPower (Empowering Women to Secure Climate-resilient Societies) project in Viet Nam, with the support of the Swedish International Development Agency.

Over the next five years, the project will strengthen gender equality in leadership, data, policies and investments in climate change and disaster risk. UN Environment also partners with ENERGIA, an International Network on Gender and Sustainable Energy working on gender mainstreaming and women’s energy entrepreneurship. Beyond Viet Nam, the project will be implemented in Bangladesh, Cambodia and regionally across Asia and the Pacific.

(*) This story is originally published on UN Environment: Pig pens power a solution to climate change in Viet Nam