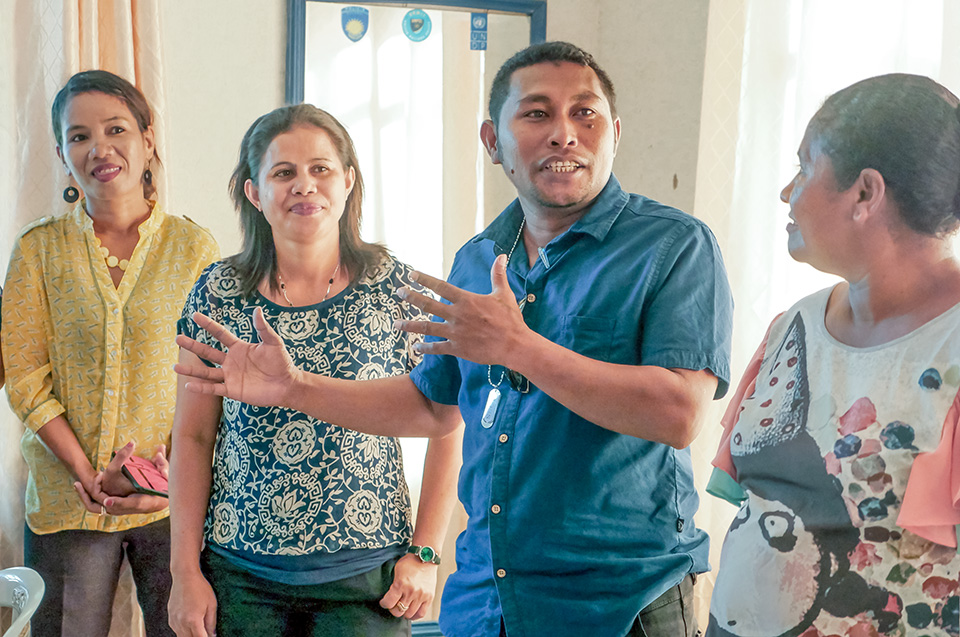 Whether it’s the role of women in the workplace or that of men in the home, shifting attitudes in Timor-Leste can support conflict prevention in several ways, according to local organization Belun. The group, founded in 2004, has been working with UN Women since 2017 as part of the Women, Peace and Security programme, with the generous support of the Government of Japan.

When Dili-based organization Belun set about expanding the gender element of its programmes, the first order of the day was staff training on gender equality and related themes. “In the beginning, we faced resistance from some Belun staff to the notion that women and men are equal and can do the same things, [as] our culture and tradition run very deep,” said director Luis da Costa Ximenes. “But we have seen some positive change, even from those most resistant to the concept of gender equality.”

The change in staff attitude over the course of the workshops was also apparent to Liliana Amaral, National Project Officer at UN Women. “In the first gender workshop, one staff member resisted the idea that men could do the traditional work of women, such as cooking and washing, as it was not reflected in Timorese culture. However, in a later workshop, the staff member showed a change of perspective - that women and men can share roles at home.”

Non-governmental organization (NGO) Belun, which means “friend” or “partner” in Tetum, has been focussed on community-level initiatives for conflict prevention and development across Timor-Leste since 2004. The group has been working with UN Women since 2017 and introduced a gender-responsive element to its conflict prevention programmes, including gender-based violence and violence against women education, as well as expanding its collaboration with local women’s organizations.

The impact of the approach has become visible in Belun’s conflict-prevention work, according to personnel. “I now understand that I have an active role to play to make sure women are engaged in conflict resolution,” said Antonio Soares Seran, Belun Coordinator in Oé-Cusse, after participating in several trainings on gender equality. The municipality of Oé-Cusse, or Oecusse, is an enclave located around 60 kilometres from the rest of Timor-Leste, on the north coast of the western part of the island.

Belun’s team provides information to the local community groups on the support available to those experiencing conflict and violence. “Before working with UN Women, I observed that there were lots of gender-based violence cases, but there was no community awareness of how to refer the cases and what gender-based violence meant, said Soares Seran. “However, after the gender training and sharing this information on support systems available such as safe houses and the police, I have seen members in the community starting to refer more cases. This makes me happy to see that our work is improving people’s lives.” 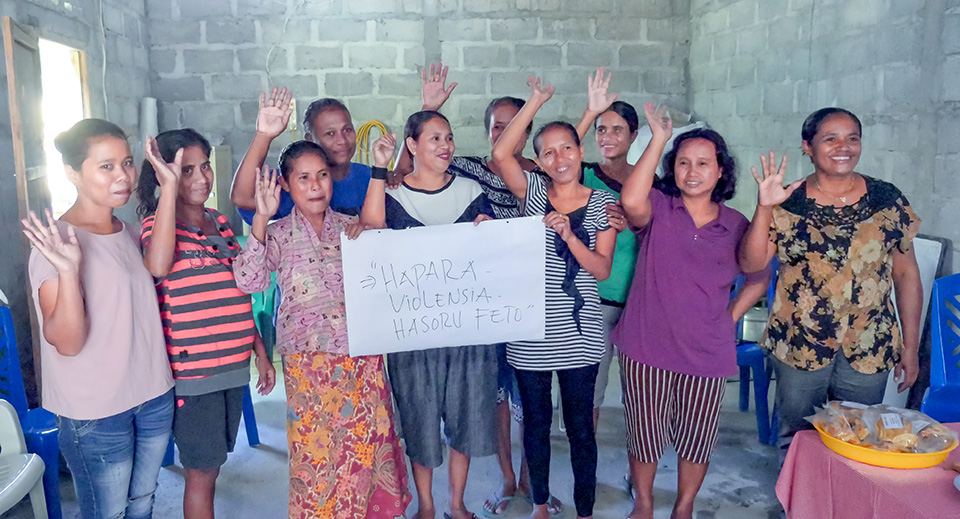 He has also noticed that, as a result of the training, members of community groups are starting to understand that women and men have equal rights. This also takes the form of men showing more support for women’s economic activities.

In 2008, Belun launched an early warning early response system to map and track conflict incidents across Timor–Leste, based on a network of community volunteers. The Early Warning Early Response (EWER) system, or Atensaun no Responde Sedu (AtReS) in Tetun, aimed  to raise awareness of risk factors leading to violent conflict, and to increase community capacities and networks to prevent conflict from escalating into violence within the community.

Initially, incidents involving women were being underreported using this system. Since the increase of women as community volunteers, introduction of training on gender equality and putting in place measures for safely and anonymously recording incidents of gender-based violence and referring survivors to support, reporting rates in incidents involving women has more than doubled in the three municipalities being monitored–Baucau, Covalima and Oé-Cusse.

This valuable data is shared with local leaders, the police, the women’s legal assistance NGO ALFeLa, the shelter and counselling provider Fokupers, and the Ministry of Interior’s National Directorate of Community Conflict Prevention. These networks of community stakeholders then use the incident data to lead informed discussions regarding how to prevent further conflict and incidents of violence, including gender-based violence.

“We are seeing more people in the community reporting the violence against women, thanks to the collaborative effort,” said Adelaide da Rosa, a police commandant and volunteer with the community group. “As a first port of call, I am definitely hearing from more victims.” 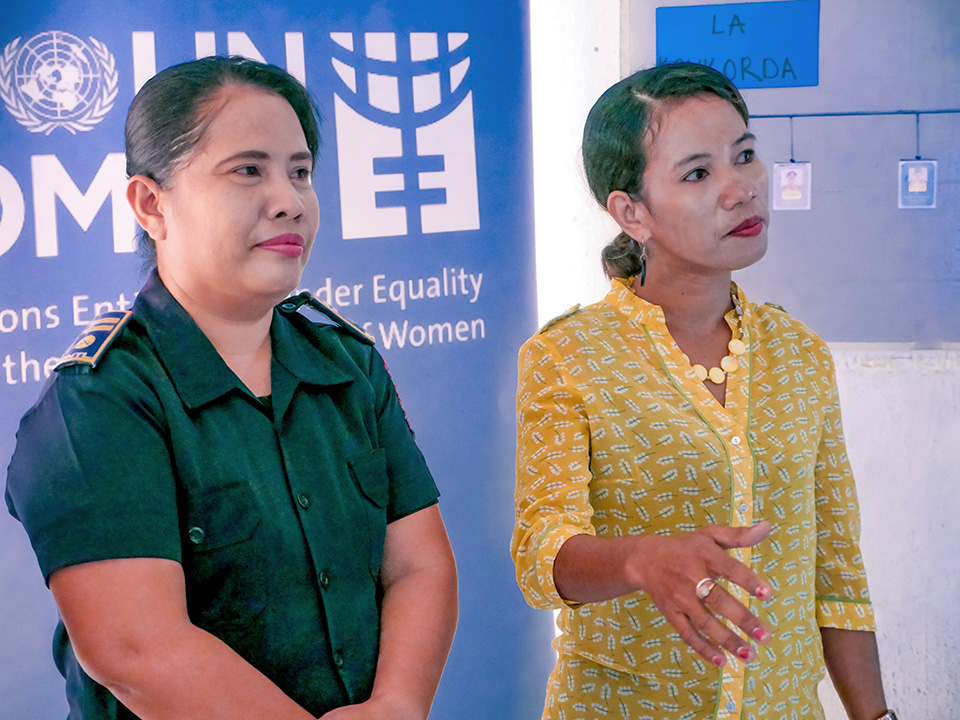 Adelaide da Rosa (left) at a UN Women training on GBV and gender equality with the community of volunteers. Photo UN Women/Emily Hungerford
Related News
08/02/2021
Choosing to Change the Narrative, 44 Youth Make Use of Digital Tools to Counter Hate Speech and Promote Social Cohesion
03/07/2020
The power of community advocacy and healing for women survivors of violence
11/06/2020
Women mediators breaking stereotypes and working to bring peace in Timor-Leste
29/05/2019
Breaking barriers and building bridges for women to reach new heights in the police
18/09/2018
From where I stand: "I believe women should be involved in peacekeeping operations"
END_OF_DOCUMENT_TOKEN_TO_BE_REPLACED