From where I stand: “If more ethnic groups were invited to the high-level discussions, we would be able point out what the situation looks like for us, including the specific challenges women are facing”

Nang Pu grew up amid the civil conflict in Kachin State, northern Myanmar, and has long been an advocate for the participation of women in peace and security. Her efforts have been recognized at the highest level, speaking to the UN Human Rights Council in 2019 in Geneva about violations of women’s rights in the conflict areas of Kachin and Rakhine. 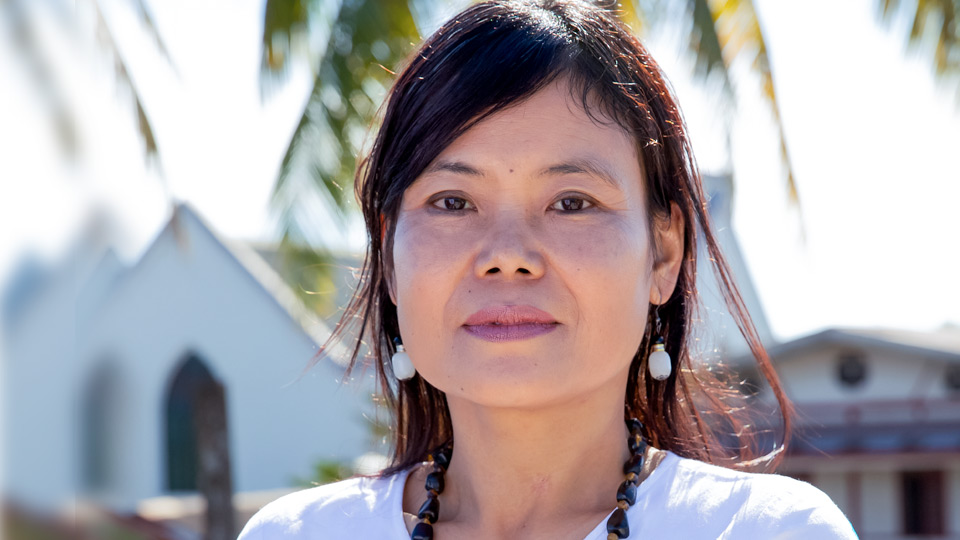 One week after I was born, there was an armed conflict in our town. My mother tried to bring my brother and me to a hiding place in a rolled-up mat, but I fell out as she was carrying us. She later found me, and I am alive only by the grace of God.

As I grew up, my mother encouraged me to get educated. But coming from an ethnic minority group, I faced a lot of discrimination and it was difficult to access proper education. People in the bigger cities look down at us ethnic people. But thankfully, I still managed to get an education and today, I am advocating for the advancement of ethnic women’s rights, and for peace and security in Myanmar.

To unite and amplify the voices of Kachin women, I founded the Kachin State Women Network. We are women from different ethnic groups who work for the empowerment of women. We have called on the government several times to stop the armed forces attacking Kachin women and to protect our safety.

It has been more than 60 years since the civil war started in Myanmar, but we still haven’t seen much positive change for ethnic women. The 30-percent allocation for women’s participation in the peace process and decision-making is really important, but ethnic groups are still not meaningfully included. If more ethnic groups were invited to the high-level discussions, we would be able point out what the situation looks like for us, including the specific challenges women are facing.

There are a lot of bad things happening to women in conflict-affected areas. Military personnel are committing sexual violence against women, of whom many have been forced to flee their homes to avoid further violence. The conflict has displaced more than 120,000 people, including many women and children from ethnic groups. After fleeing burning villages, torture, rape and forced labour, displaced people are living in squalid conditions with nowhere to go and limited access to assistance from aid organizations.

Although ethnic women are beginning to understand the role they can play in peace and security, they continue to live insecure lives. The UN Security Council Resolution 1325 on women, peace, and security (WPS) has been around for 20 years, but we were only aware of it recently. The WPS agenda is very important to us. Thanks to it, women in camps for internally displaced people are now more aware of their rights. When they get visits from officials, they have the courage to speak about their rights.

We also need to empower the next generation to fight for their rights, specifically young girls. Their participation in the peace process is essential, which is why I was part of establishing the “Young Women Peace and Security” project. Because of the conflict, many young girls have been trafficked and forced to leave school. We cannot leave them behind, because the younger generation is our future leaders.”

Nang Pu is a survivor of conflict-related violence who is advocating for women, peace and security in Myanmar through the Kachin State Women Network. As an ethnic minority, she is particularly committed to promoting the meaningful inclusion of ethnic women in the peace process. In her role as the Director of Htoi Gender and Development Foundation, which was the main partner of a UN Women project funded by the Government of Japan, she contributed to the project Empowering Women to End Human Trafficking in Kachin State, Myanmar, focused on livelihood training. Her advocacy relates to Sustainable Development Goal (SDG) 16, which aims to promote peaceful and inclusive societies, and SDG 5 on gender equality and women's empowerment

Related News
30/10/2020
From where I stand: “I will never stop advocating for women’s rights and security. Because if women don’t feel secure, how can Myanmar be secure?”
03/01/2019
Tackling human trafficking in Myanmar
23/01/2023
UN Women Executive Director Visit to Afghanistan
20/01/2023
Three women sow seeds of peace
29/12/2022
A breath of hope for Rohingya women in Rakhine state
END_OF_DOCUMENT_TOKEN_TO_BE_REPLACED