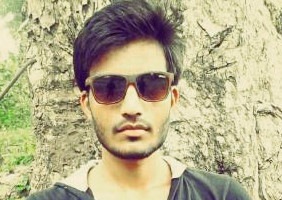 I am a HeForShe

I started supporting gender equality when I was 8 years old. I have always believed in it and I also stand for ending violence against women and girls. As a man, I encourage everyone to take a stand against domestic violence. I consider myself a feminist because I believe in women’s rights. Feminism is a heavy word, but it's not one I think we should run from. I am proud to be a feminist. Let me change the question a bit and make it simpler: What is gender equality? To my understanding, gender equality is a human right and an opportunity for women. The time has come to engage every man to advocate for gender equality. I am inviting all, both men and women to stand up and show support for gender equality because we are all equal.

Adarsh Thakur a teen boy from India who claimed himself as a feminist and he is a big fan of HeForShe/MARD. See more on his Twitter @RealAdarsh