Suva, Fiji – “We are trying to rebuild our life because life has to go on. Right now we have to be brave and put a smile on our faces and try to move on. That’s all we can do.”

For the past 11 years Varanisese Maisamoa has been selling fish, cooked food and fresh produce at Rakiraki Market. On a good day she could make between $100 and $150 profit, which paid for the water bill, her children’s schooling and medical care, and transport.

Cyclone Winston has changed everything.

The market has been destroyed. Local farmers have very little to sell so wholesale prices have tripled. Instead Mrs Maisamoa has to close her stall for two days each week to travel in search of produce that she can sell. Last week it was Sigatoka. This week she has found a supplier near Nausori. 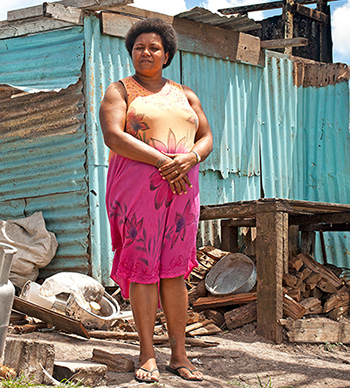 “All of us lost so much,” she says. “I couldn’t speak for two days. Everything we prepared in January for our son’s schooling is gone, as well as the roof and some of the walls but we are lucky we are alive.”

Mrs Maisamoa, her husband, and their four daughters sheltered in their toilet for five hours through the worst of the cyclone. At boarding school in Tailevu, her son ran for his life. When the storm cleared she sent her children with her sister to the local evacuation centre; she and her husband spent two days sleeping in the car to ward off looters.

“My children were crying and that was the most heartbreaking thing – when you see your children are crying and there is nothing you can do about it. It was one of the scariest experiences of my life.”

Despite this, she still sees herself as one of the luckier ones. She prepared well and managed to save a lot of the family’s belongings. Many of her fellow market vendors have lost everything, so she donated half of what she had left to help them get back on their feet.

“I love this community. Everyone is your friend; everyone is your neighbour. You hear the stories from the other vendors and it’s heartbreaking but it’s hard to tell in their faces. After the cyclone, the women vendors came to the market to sit and talk. Sometimes we sit there silent and cry.”

Vendors like Mrs Maisamoa are returning to the market to sell what produce they can find, despite the high prices. They need the money now more than ever, but their customers are in the same position, and it will take months for the first new local crops to be ready.

The Rakiraki Market used to house more than 200 vendors, 76% of whom were women. The only shelter left standing has room for a quarter of that number and many of the tables and chairs that were kept in the market have been damaged or destroyed.

As part of its Markets for Change project, UN Women provided four tents as well as extra tables and chairs to provide a temporary market space for as many vendors as possible while the new market building is constructed.

The tents were officially handed over to Rakiraki Town Council and the Minister for Local Government, Urban Development, Housing and Environment on Thursday 10 March, followed by a visit from Australia’s Minister of Foreign Affairs, Julie Bishop, on Monday 14 March. 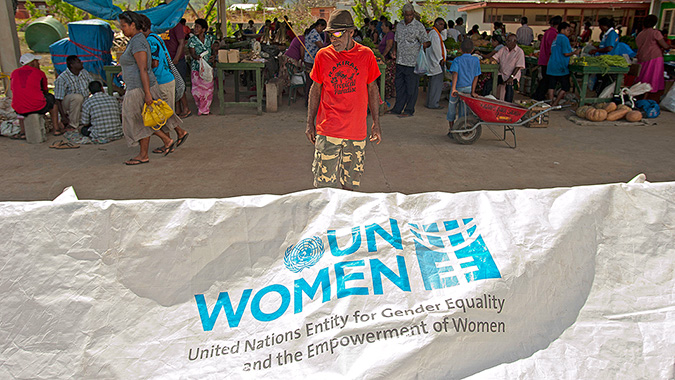 Putting up the tents, tables and chairs provided by UN Women to serve as a temporary market space in Rakiraki. Tropical Cyclone Winston destroyed the market building, depriving hundreds of vendors, most of them women, of a place not only to earn a living, but also to support each other emotionally as they recover. The tents, tables and chairs were provided through UN Women's Markets for Change project, which is funded by the Australian Government. Photo: UN Women/Murray Lloyd 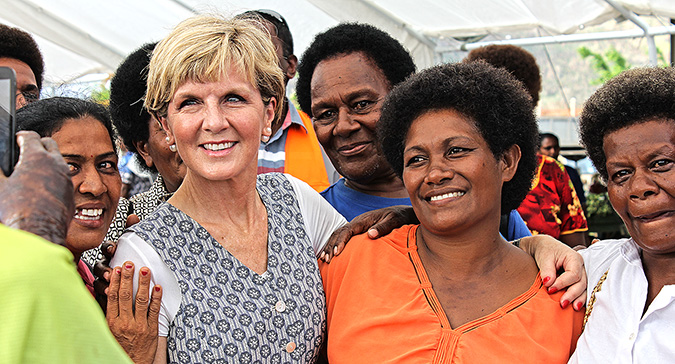 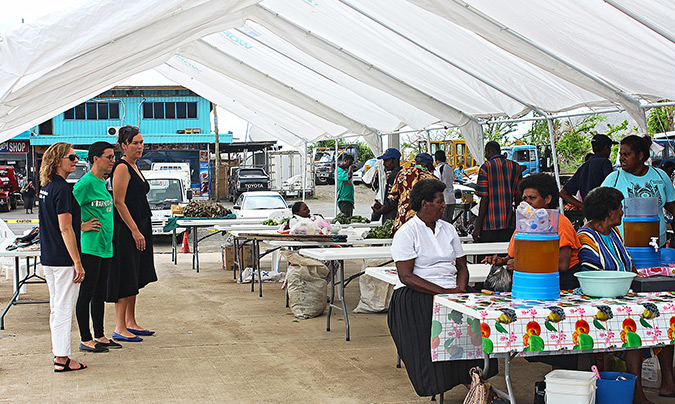 The four tents as well as tables and chairs, will provide market vendors with a temporary market space while the market is being rebuilt. Photo: UN Women/Ellie van Baaren

Aleta Miller, UN Women Representative at the Fiji Multi-Country Office, was in Rakiraki for the official handover.

“This temporary market space is just one step towards helping market vendors get back on their feet. This is important not only because the market is a place for women to make a living, but also because it provides an opportunity for them to share their experiences and support each other.”

The Markets for Change project works across 10 markets in Fiji, in partnership with the local and national government, and is funded by the Australian Government. Once the new market building is completed, the tents, tables and chairs will be used by casual vendors at Rakiraki Market. 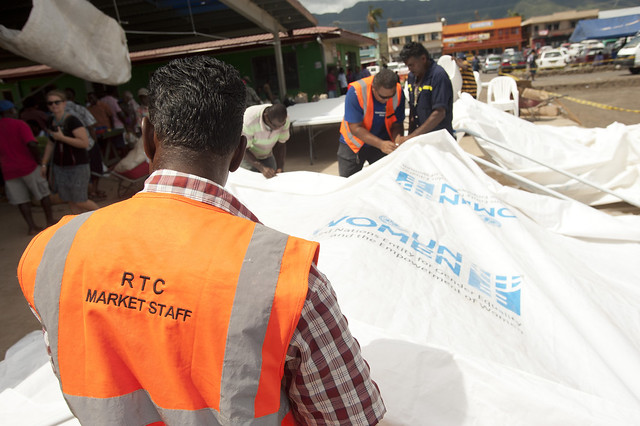 Between 75% and 90% of vendors working at Pacific marketplaces are women and their earnings often make up a significant portion of the incomes of many poor households. Despite this, women are often excluded from market governance and decision-making. M4C works with stakeholders, service providers and the market vendors themselves to: build and support inclusive, effective and representative advocacy groups; deliver appropriate services, training and interventions; ensure women’s voices are heard and taken into account at the decision-making level; and to improve physical infrastructure and operating systems. Australia’s Department of Foreign Affairs and Trade has provided AU$10 million to support the implementation of the Markets for Change project.

The Fiji MCO works with four key programmes: Women’s Economic Empowerment; Ending Violence Against Women; Advancing Gender Justice in the Pacific; and Increasing Community Resilience through Empowerment of Women to Address Climate Change and Natural Hazards Programme to progress with gender equality and women’s empowerment in the Pacific.

Related News
17/09/2018
Press release: Emergency Preparedness, Response and Recovery Project for Palau
02/10/2017
Diverse and Local Humanitarians Essential for Disaster Preparedness and Response
22/02/2017
Fijian community organizations leading response
19/08/2016
Gender and Protection Paving the Road for Humanitarian Response in the Pacific
18/08/2016
Disasters: What’s gender got to do with it?
END_OF_DOCUMENT_TOKEN_TO_BE_REPLACED