Siem Reap, Cambodia – A major challenge for countries seeking to carry out their international treaty obligations on women’s rights is getting their national laws to move in step. UN Women has been helping this effort with legal trainings. 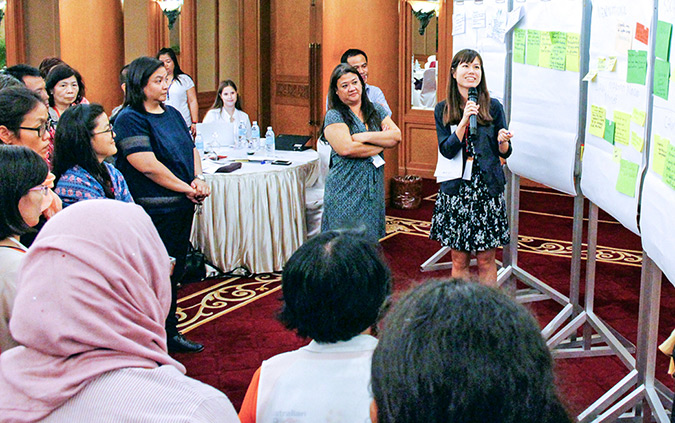 In Cambodia and seven other Southeast Asian countries, UN Women has since 2013 collaborated with an NGO, the Asia Pacific Forum on Women, Law and Development, to give trainings to lawyers, judges, government officials and civil society activists. Local NGOs and governmental bodies have taken part in implementing the project on the ground.

The trainings focus on building skills to analyze, critique and challenge laws that discriminate against women and girls, and to campaign for gender-sensitive legislation. They are part of UN Women’s CEDAW Southeast Asia Program Phase II.

“The aim is to campaign for feminist legislation to empower women and to improve women’s access to justice,” said Deepa Bharathi, UN Women Regional Manager for the program.

CEDAW refers to the United Nations Convention on the Elimination of All Forms of Discrimination against Women, a treaty that all the Southeast Asian countries have adopted. 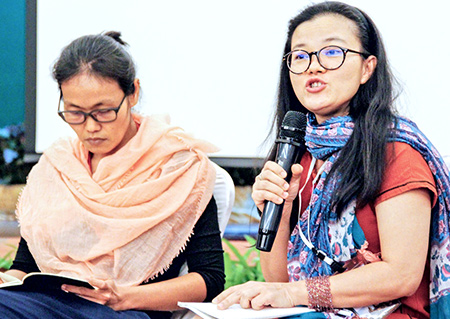 From 6-8 April, UN Women organized a regional conference in Siem Reap to discuss the trainings and how to strengthen feminist legal expertise and networks in Southeast Asia.

Many conference participants pointed to the challenge of trying to ensure equality for everyone regardless of gender, class, ethnicity and other differences.

“Through the trainings we have become aware that principles of intersectionality are still not incorporated fully into the policy framework” said one participant, from the Philippine LGBT Bar Association.

A participant from Timor-Leste who works in the advocacy programme at the Alola Foundation. said, “Before the training I thought being a feminist meant being a woman. But now I understand it is about taking action for women to improve their lives.”

Activists who have participated in the UN Women trainings have successfully advocated for Timor-Leste’s National Parliament to consider a law on human trafficking.

Beyond laws, the UN Women trainings also have encouraged women to speak out and take action against discrimination. Thida Kus, executive director of the Cambodian civil society organization Silaka, said the trainees are committed to take action in their daily lives, and are building a group of like-minded people who in turn will take action in their communities.