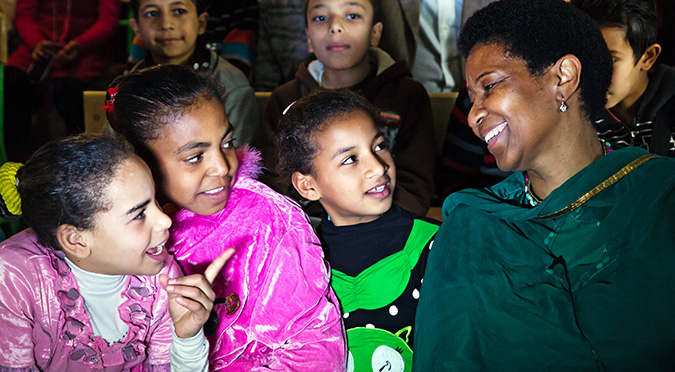 UN Women Executive Director Phumzile Mlambo-Ngcuka will visit Papua New Guinea this week as part of her travels to mark the 16 Days of Activism against Gender-Based Violence. This would be the Executive Director’s first visit to the country. During her four-day visit, the focus will be on strengthening collaboration with the Government of Papua New Guinea (PNG), the Autonomous Region of Bougainville and civil society representatives, in order to accelerate progress on gender equality and women’s empowerment in the country, with an emphasis on ending violence against women and girls.

Papua New Guinea ranks low in many global indicators on advancing gender equality and violence against women and girls is widespread, including in public spaces. A scoping study conducted by UN Women in 2014 found that more than 90 per cent of women and girls experienced some form of violence when accessing public transport. 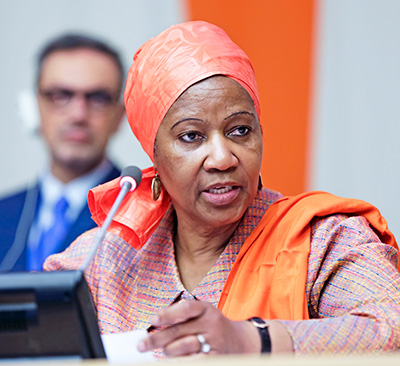 During her visit, Ms. Mlambo-Ngcuka will have meetings with senior government representatives, including Delilah Gore, Minister for Community Development, Women, Youth and Religion and Josephine Getsi, Hon. Minister for Community Development. During the visit she will meet with several civil society leaders including at an event hosted by the Australian High Commission, to discuss a range of issues, including ending violence against women.

The Executive Director will also participate in the launch of the new “Meri Seif Bus”—a bus exclusively for women and children—provided as part of UN Women’s “Safe Public Transport for Women and Children Programme” at Gerehu Market. The buses provide, with tracking systems and uniformed bus crews, safe public transport for women and a space to discuss issues affecting their safety and mobility. Read more

Following her participation as the guest speaker at the joint UN Women and UN AIDS 2015 Media Awards for Excellence in reporting gender-based violence and HIV and AIDS, the Executive Director will participate in a press conference with national media on 2 December.

On the evening of 2 December, Ms. Mlambo-Ngcuka will speak at the Sanap Wantaim (Stand Together) concert in support of the UNiTE campaign’s Orange the World initiative, hosted by the National Capital District Governor Powes Parkop.

On 3 December, Ms. Mlambo-Ngcuka will attend the final of the FIFA U-20 Women’s World Cup, which carries ending violence against women and girls as its official theme. UN Women together with FIFA will orange the stadium during the final as part of the Orange the World initiative.

Related News
24/05/2022
Women seeking refuge from violence at UN Women supported safe houses
24/05/2022
A vendor rebuilds her livelihood after COVID 19 lockdowns
03/12/2021
Take five: “Don’t focus on yourself as the leader, but look at others and improve their lives.”
03/12/2021
UN Women helps market vendors in Papua New Guinea rebound from the pandemic
23/11/2021
From where I stand: “Men can positively change.”
END_OF_DOCUMENT_TOKEN_TO_BE_REPLACED