Vanuatu — The importance of rural women in Vanuatu and their critical role in national development has been highlighted in this year's celebration of the International Day of Rural Women (IDRW). 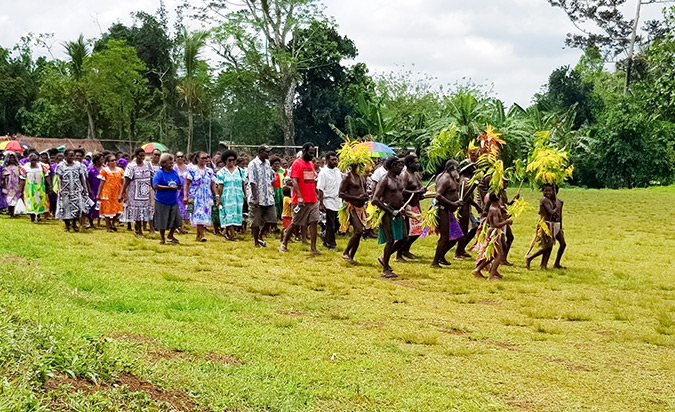 More than 500 rural women gathered in Mele village in Efate, Shefa Province, on 12 - 13 October and Canal Fanafo in Santo, Sanma Province, on 16 October 2017 to celebrate their role and contributions towards agricultural and rural development, increasing food security and reducing poverty in their communities.

The IDRW is held each year on 15 October 2017 with weeklong activities celebrating the important role of rural women in the communities and the national economy.

"During the two-day event at Mele village, we were able to connect and learn a lot from each other through each other's stories," said Eslin Solomon, President of the Silae Vanua Market Vendor Association (MVA).

"I have been in the floral business for six years now, earning income to support me and my daughter who has a disability," shared 79-year-old Mel Kaltak from Erakor village, who took advantage of IRDW to display her floral products and share ideas with other market vendors and rural women in business.

When asked at the market how, despite finishing school at age nine, she was able to write well and keep good records, Ispell Toa from Malo island replied, "My mother finished school in year two but what little she knew, she taught me." Fifty-two year-old Ispell, who works as a market vendor in Luganville Market, was taught to read and write in Bislama by her mother using the New Life Book Three 'Oli bin berem Jisas I Savior' that they owned. Using her basic education from her home island, and reading and writing skills learnt from her mother, she has worked to develop her own market business and is an inspiration to other rural women and girls keen to learn and advance in life. 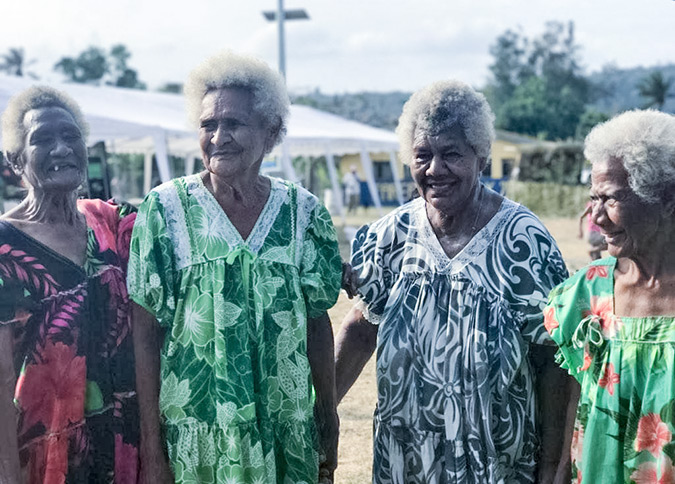 This year's themes were Together We Make Changes for Efate and Together We Build Better Businesses for Market Vendors for Santo. The rural women shared their personal stories about how they developed their livelihoods and their communities by working together despite the little resources they had.

"On behalf of the Vanuatu Government, I would like to convey a very special thanks to you," the Minister of Internal Affairs, Hon. Alfred Maoh said at the opening ceremony of the International Day of Rural Women (IDRW) at Mele village on 12 October 2017, stressing the need to "play our part" in ensuring women's contributions are recognised and supported through the national sustainable development program [NSDP] initiated by the government.

"We would like to thank the Mele International Day of Rural Women's Committee: Shefa Provincial Government Council, the Chairman of the Mele Area Council, Chairman and members of the Vatirisu Council of Chiefs, the Chiefs of Mele, the Etata Imere Association, the Mele Presbyterian Church and the people of Mele for the hard work and contribution put into organising the event this year," said Eslin Solomon.

At Mele village, the event closed on 13 October 2017 with the handing over of the IDRW Torch by the Secretary General of the Vatirisu Council of Chiefs, on behalf of Mele village Chiefs, to the Chairman of the Mosso island Tassiriki Chief, Chief Alikau David who will host the IDRW in 2018. 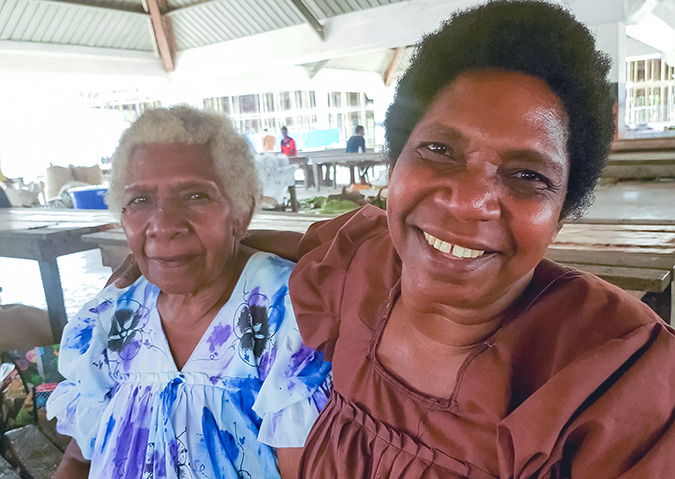 Ispell Toa possing here with her mother; Mel Kaltak sitting with her flowers during display at the IDRW at Mele village. Photo: UN Women/Trisha Toangwera

"We would also like to thank the UN Women Markets for Change (M4C) project for funding the event as part of promoting ownership, inclusivity, growth and prosperity in the markets, and especially rural women who work in Vanuatu marketplaces," said Eslin and Marie.

"On behalf of the UN Women M4C project, I would like to thank the Australian Government for their continuous support towards this important celebration every year since 2014, starting at Epau village," said Christina Bare-Karae, M4C Project Manager Vanuatu.

"IRWD is important to the market vendor associations in Vanuatu as it is one special day that recognizes the fundamental role that rural women - including market vendors - play in national development and provides them the opportunity to showcase their businesses which are critical to the livelihood of their communities and families," Ms. Bare said.

UN Women's Markets for Change (M4C) project is a six-year, multi-country initiative that aims to ensure marketplaces in rural and urban areas of Fiji, Solomon Islands and Vanuatu are safe, inclusive and non-discriminatory, promoting gender equality and women's empowerment. A UN Women project, M4C is principally funded by the Australian Government, and implemented in partnership with UNDP.

UN Women's Markets for Change (M4C) project: M4C is the flagship project within the UN Women's programme for Women's Economic Empowerment in the Pacific region. Between 75-90 per cent of vendors working at Pacific marketplaces are women and their earnings often make up a significant portion of the incomes of many poor households. Despite this, women are often excluded from market governance and decision-making. M4C works with stakeholders, service providers and the market vendors themselves to: build and support inclusive, effective and representative advocacy groups; deliver appropriate services, training and interventions; ensure women's voices are heard and taken into account at the decision-making level; and to improve physical infrastructure and operating systems.