Samoa — Samoa's Annual Fun Run to End Violence Against Women and Girls (EVAW) on 25 November will focus on a commitment to 'leave no one behind' in efforts to eliminate violence.

Samoa's Ministry of Women, Community and Social, Development, UN Women, the Australian Government, and Samoa's Association of Sport and National Olympic Committee (SASNOC) are partnering for the event, which will be followed by sports and craft activities at Lalomanu Primary School. 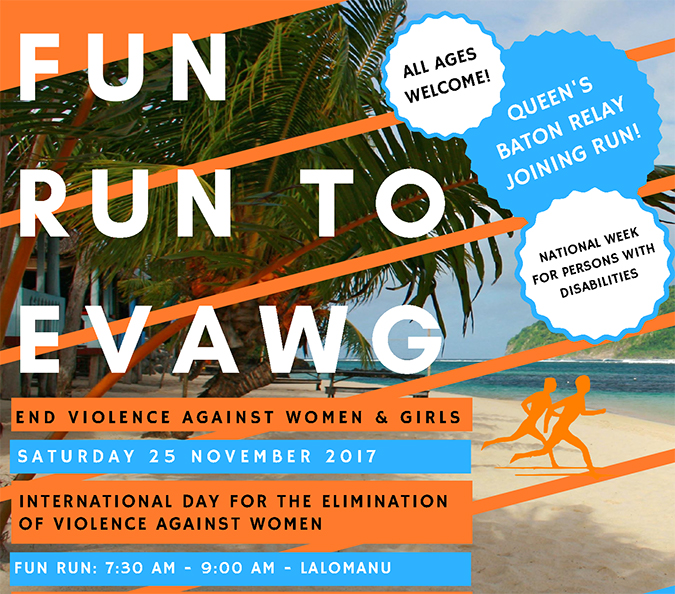 The run marks the International Day for the Elimination of Violence against Women and the start of 16 Days of Activism - an annual international campaign dedicated to eliminating gender-based violence. It also coincides with the National Week for Persons with Disabilities.

All ages, fitness, and mobility levels will participate in the run, with the opportunity to walk, run or wheel the course around Lalomanu.

This year, the run will also coincide with the Samoan leg of the Queen's Baton Relay, which will travel to all the countries in the Commonwealth, in the lead up to the 2018 Gold Coast Commonwealth Games. Baton bearers from Lalomanu village will lead the fun run. 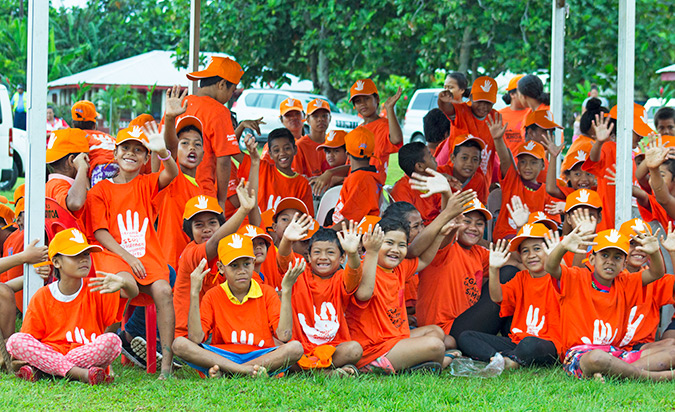 Photo: Courtesy of Australia’s Department of Foreign Affairs and Trade

"UN Women celebrates the Fun Run's commitment to inclusivity, bringing together diverse members of our community to unite and say no to violence against women and girls," said UN Women Country Programme Coordinator, Papali'i Mele Maualaivao.

"At the heart UN Women's theme to 'leave no one behind', is making sure no one is excluded in efforts to eliminate violence. This means treating women and girls as equals in every aspect of public and private life, and planning solutions to end violence with those who have been previously dismissed, side lined or excluded," she continued. 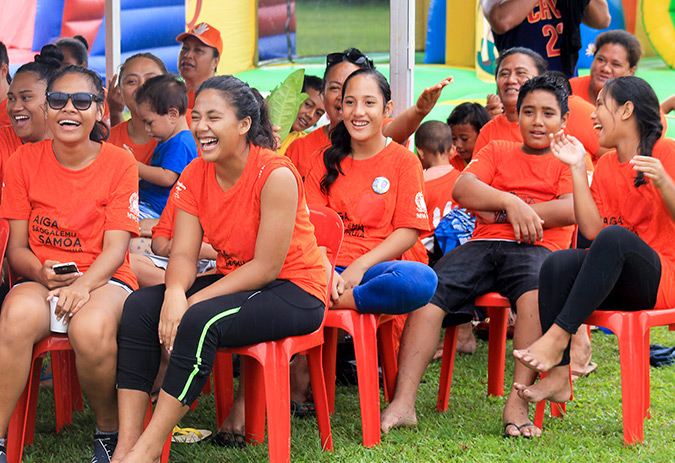 Photo: Courtesy of Australia’s Department of Foreign Affairs and Trade

Nynette Sass, Chef de Mission for Team Samoa explained, "The QBR embodies the values of inclusiveness and sustainability. Values we embrace here in Samoa as well. We know that sports can bring all segments of the population together, and we are eager to see women and people with disabilities celebrated for their contribution to sports and to the nations growth. Women are key to guaranteeing that development happens yet gender based violence impedes the advancement of not just an individual but an entire country. We hope that recognizing the International Day to Eliminate Violence Against Women and Girls on November 25th will be an opportunity to raise awareness and have sport be a conduit for a positive message."

Related News
11/06/2020
Across the Pacific, crisis centres respond to COVID-19 amid natural disasters
11/06/2020
Across the Pacific region, crisis centres respond to increased cases of violence against women amid COVID-19
02/04/2019
Workshop: Interagency Essential Services Guideline
27/02/2019
Ways to Reduce Violence Against Women and Girls with Disabilities in Samoa and Kiribati
12/09/2018
Press release: Samoa Launches its National Inquiry into Family Violence Report
END_OF_DOCUMENT_TOKEN_TO_BE_REPLACED