In the words of ‘Atamaama Tu’utafaiva: “Whether it’s sports or education, we need to go the distance” 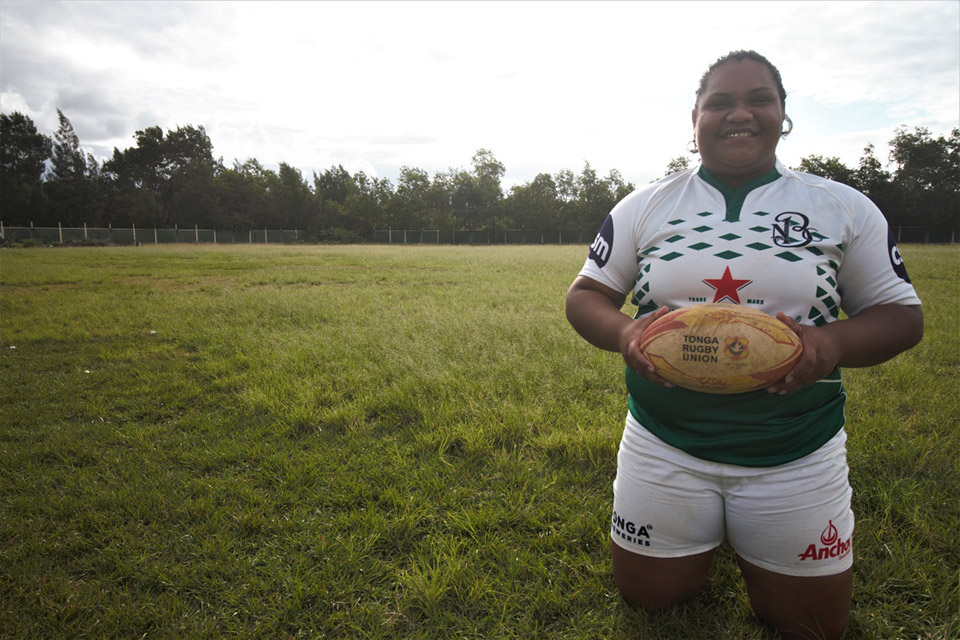 My name is ‘Atamaama Tu’utafaiva. I am 24 and come from the village of Kolofo’ou in Tonga. I play for the Ha’apai Island national rugby team. The first time I played rugby was in 2016 for the 15s team for the village of Kolofo’ou and then went on to represent Tonga in the national team in the same year. My interest in rugby was influenced by youth peers and you’d often see us getting together to play. I also like playing netball, soccer, volleyball, and shot put. In fact, I have represented Tonga in different competitions for shot put and have won gold!

There are many challenges I face in trying to play sports. The challenges range from things like trying to find transportation to get to practice, to receiving negative and discouraging comments by fellow players on the field. My mum’s death in 2019 also affected me, but her words of encouragement, “work your talent”, got me back in the field. In December of the same year, I was selected to be part of the national women’s team to play in the Oceania Rugby 7’s Tournament.

I am lucky that my biggest supporters are my dad and family. They encourage me at home to train and improve my skills. My friends also encourage me. I also believe in myself as well, and what encourages me to persevere and keep striving is my belief that this talent that I have is my window of opportunity for a better future. That thought keeps me disciplined.

A lot of people perceive rugby as a ‘mans’ sport, and ‘women’s’ sports as netball but to me, girls have the potential to play any sports. I don’t believe that governing bodies provide girls and women with enough opportunities and space to harness their potential, and as a result their talent and potential doesn’t flourish. There’s little interest in developing girls’ skills, whether in sports or education. There’s a lack of commitment to building girls’ capacity, but what needs to be remembered is that girls can do anything boys can do, and therefore they should receive equal opportunities and attention. There’s a lot of support for boys to develop their capacities but the unequal treatment of girls compared to boys, encourages the shy and complacent nature they are socially conditioned to have.

Talitha Project’s Front Row Against Violence project greatly supports young women and girls and motivates them to engage in positive activities instead of negative ones. Through their project, they support young women and girls to believe in themselves, and that they can do whatever they put their minds to.

My advice to other young women and girls is to not be shy in pursuing your goals and dreams. Do justice to your talents by developing it and putting it to use.We shouldn’t be shy because it will limit the distance we can go to no matter the field. Whether it’s sports or education, we need to go the distance.