Sexual harassment is a form of violence against women and a violation of human rights. We must all ensure zero tolerance to sexual harassment, exploitation and abuse.

This is particularly true for the United Nations which has a duty to ensure full accountability for sexual harassment. 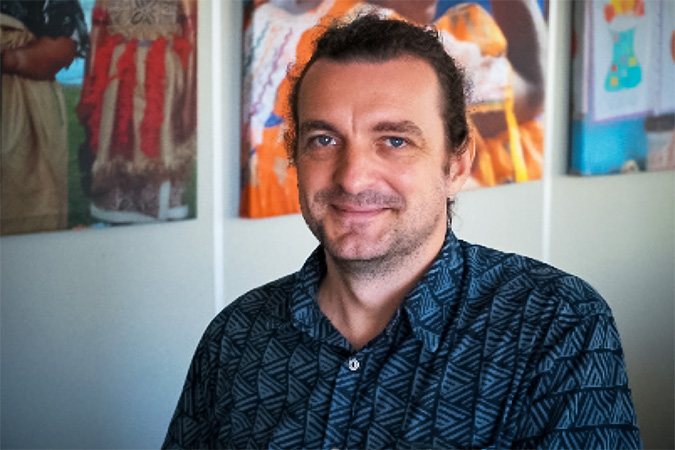 Violence against women and girls in Pacific Island countries is among the highest in the world. Evidence shows that two in every three Pacific women are impacted by gender based violence - that’s twice the global average.

It creates barriers for women and girls often stopping them from completing education, maintaining professional careers and realising their goals – that infringes their rights and limits the development of their family, community and the nation. There can be no sustainable development without improved gender equality, and that includes eliminating violence against women and girls.

Through the combined efforts of governments, civil society organisations, development partners and dedicated activists and leaders, much progress has been made in the region in recent years. Eleven Pacific countries now have legislation criminalising domestic violence, supported by a growing focus on work to prevent violence against women and to increase access to quality response services for survivors. Despite these gains there is still much work to be done.

We need to continue escalating our commitment to addressing sexual harassment and other issues relating to women’s rights and the improvement of gender equality in the Pacific region.

Sexual harassment, violence and assault are global; no organization or country should think itself immune. This includes the Pacific, for instance, according to a 2016 study led by the Fiji Women’s Rights Movement one in five women in formal employment in Fiji reported having been sexually harassed in the workplace.

Too many women feel nobody is listening to them, nobody believes them or cares. At UN Women, we salute the women brave enough to speak up, despite the risks, who rightly call us all to account. We have seen how the #MeToo, #TimesUp, the Pacific led “Sexual Harassment is No Joke” campaign, and other movements have already broken silence around the world and enhanced accountability but, again, there is much more to be done here and globally.

“Sexual harassment is one dimension of broader experiences of violence against women, for which perpetrators need to be fully held to account,” said Purna Sen who was recently appointed to the newly established position of UN Women Executive Coordinator and Spokesperson on Sexual Harassment.

She added, “Impunity for human rights violations permeate rape culture, blame and judge victims for wrongs done to them, and cannot be allowed to continue. Justice must be known by women.”

“From politicians to hotel workers and journalists—all of us must clean our own house first, in all parts of the world. That includes us at the United Nations and it is clear that we too have work to do. Safe and respectful workplaces are our right, as is freedom from violence.

“There can be no tolerance, acceptance or denial of the existence of sexual abuse at work.”

Positions of power in the Pacific region are usually dominated by men; and women are often expected to be quietly accepting of aggressive male sexual behaviours. Such ‘social norms’ support the persistence of sexual harassment and, although no category of women seems to be exempt, young women who are new in their careers are particularly vulnerable.

Men’s crucial contributions to this momentum include examining their power and behaviour, challenging other men and making change that lasts.

As the UN organisation that leads on gender equality and women’s empowerment, UN Women recognises violence against women as the expression of structural inequality between men and women. Ending violence against women is at the core of our mission and work. UN Women works to prevent and respond to this violence, to increase access to services for survivors and to make private and public spaces safer for women and girls.

We will listen, watch and recommend actions that will make the world work better for Pacific women and girls.

UN Women and the Multi-Country Office (MCO) in Fiji

Related News
11/06/2020
Across the Pacific, crisis centres respond to COVID-19 amid natural disasters
11/06/2020
Across the Pacific region, crisis centres respond to increased cases of violence against women amid COVID-19
02/04/2019
Workshop: Interagency Essential Services Guideline
27/02/2019
Ways to Reduce Violence Against Women and Girls with Disabilities in Samoa and Kiribati
12/09/2018
Press release: Samoa Launches its National Inquiry into Family Violence Report
END_OF_DOCUMENT_TOKEN_TO_BE_REPLACED